Our ERPAG app is officially available in all major app stores.

Now you can easily install ERPAG on your selected mobile device.
Apple App store, Google Play, Huawei App Gallery – whichever platform you use, we got you covered!

The process of recording the working time spent by an employee on a work operation is called “Time capturing”. Based on such measurements, we can have accurate data on productivity and efficiency. This is of great importance in manufacturing processes where the share of labor costs is significant. By analyzing the decline in productivity and efficiency, we can easily eliminate the “bottlenecks” in the manufacturing processes themselves.

A common error occurs because only a “part” or only one segment of the process is analyzed. We would like to single out one example and practice (the process of welding metal bars). During the analysis of the time spent, we have seen a decrease in welding efficiency. As time passed, more time was needed for the welding-related work to be completed. The first logical conclusion is that the direct executors of work operations are “to blame” for a weaker effect. While the preparation process (which precedes the welding process itself) recorded less and less time spent. If only that process was looked at, the conclusion would be that there has been an increase in efficiency.

However, the truth was completely different, the employee who did the preparation did not finish his part of the job adequately, he would simply deliver metal bars (material) without any “sorting”. A worker who worked directly on the welding process was wasting extra time “sorting” the metal bars, which affected the time spent.

This blog is an addition to previously published processes linked to Time Sheet and Stopwatch.

There are a few ways to enter captured time in ERPAG!

This is the simplest entry. You just enter the captured time in the ‘realized’ section. This method is most commonly used when the person who records the time, enters the time captured data. For example, each worker writes down the time spent on a paper, while the shift manager enters that data in ERPAG.

Manual entry in time Sheet is identical to the one in Work order (that we just explained). The only difference is that you access this data by opening the employee first, and then work order/work operation.

When you are not in “edit” mode, you can start a Stopwatch in time sheet.

Note: Stopwatch doesn’t stop counting if users exit the application or logs out. ERPAG will keep on measuring the time no matter whether the user is logged in or not. It is always necessary to stop the stopwatch!

The process is similar to Time Sheets in browser application. In the top section you can see the total captured time. While on the “time spent” list you can see the time since the last start.

By activating the “edit” button we are unlocking fields: Hours, Minutes, Seconds and we can enter the total work operation time. The amount of change, eg. the correction is recorded in “Time spent” section. This section has records of all changes – over the stopwatch, and altered manually. The icon in front shows how the change occurred.

On work order, the panel “Time sheet” is just a report. This report shows every change that occurred on work operation realized time. You cannot change this data!

Note: Actual start, in manual editing, is calculated by deducting the time spent from the moment of recording the changes (which is actual end). So, if at 10:30 you edit that the time spent was 15 minutes, Actual end will be 10:30, while the Actual Start will be 10:15. 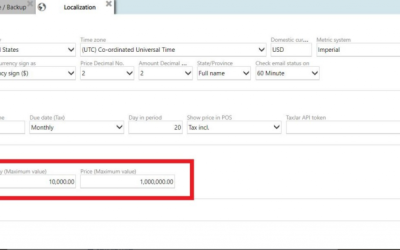 Let's wrap up November with some more changes: Validation values (Quantity and Price) - will forbid you to process any documents that have values above the given limits. This option is used to decrease the number of unwanted errors during document processing....

END_OF_DOCUMENT_TOKEN_TO_BE_REPLACED 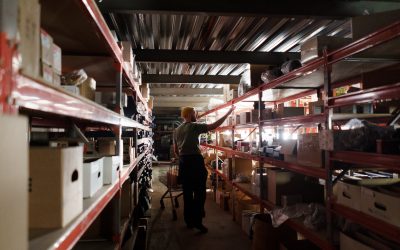 Table of contents1. Inventory control2. Pricing change3. Supply Chain Management Today we witness that Woocommerce is one of the most popular eCommerce systems.Wide distribution and many users enable solid support and many plugins. At the same time, WooCommerce,...

END_OF_DOCUMENT_TOKEN_TO_BE_REPLACED
« Older Entries
We use cookies on our website to give you the most relevant experience by remembering your preferences and repeat visits. By clicking “Accept”, you consent to the use of ALL the cookies.
Cookie settingsACCEPT
Manage consent

This website uses cookies to improve your experience while you navigate through the website. Out of these, the cookies that are categorized as necessary are stored on your browser as they are essential for the working of basic functionalities of the website. We also use third-party cookies that help us analyze and understand how you use this website. These cookies will be stored in your browser only with your consent. You also have the option to opt-out of these cookies. But opting out of some of these cookies may affect your browsing experience.
Necessary Always Enabled
Necessary cookies are absolutely essential for the website to function properly. This category only includes cookies that ensures basic functionalities and security features of the website. These cookies do not store any personal information.
Non-necessary
Any cookies that may not be particularly necessary for the website to function and is used specifically to collect user personal data via analytics, ads, other embedded contents are termed as non-necessary cookies. It is mandatory to procure user consent prior to running these cookies on your website.
SAVE & ACCEPT